Our Research was Featured in 'A Day of a Programmer' book

The report of the IT engineer survey in the world, which was announced by our company, was quoted in the series “Programmer’s Day” in the series “Seeing and Knowing the Work that Supports Life”.

◾”How many programmers are there?”

The number of IT engineers in 92 countries around the world is estimated to be 21.37 million, and Japan is the fourth with 1.09 million.
The United States, ranking second, is more than four times as large as Japan, easy to realize that there is a big difference between IT powerhouses.

◾Work That Supports Life: ‘A Day of a Programmer’
Edited by: WILL Children’s Education Research Institute
Publisher: Childcare Co., Ltd.

◾The cited report:
Human Resocia Survey – original estimate: The number of IT engineers in the world is approximately 21.37 million, an increase of 3.35% per year.
URL: https://git.resocia.jp/info/post-developers-around-the-globe-survey-salary/ 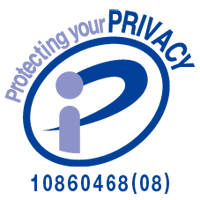